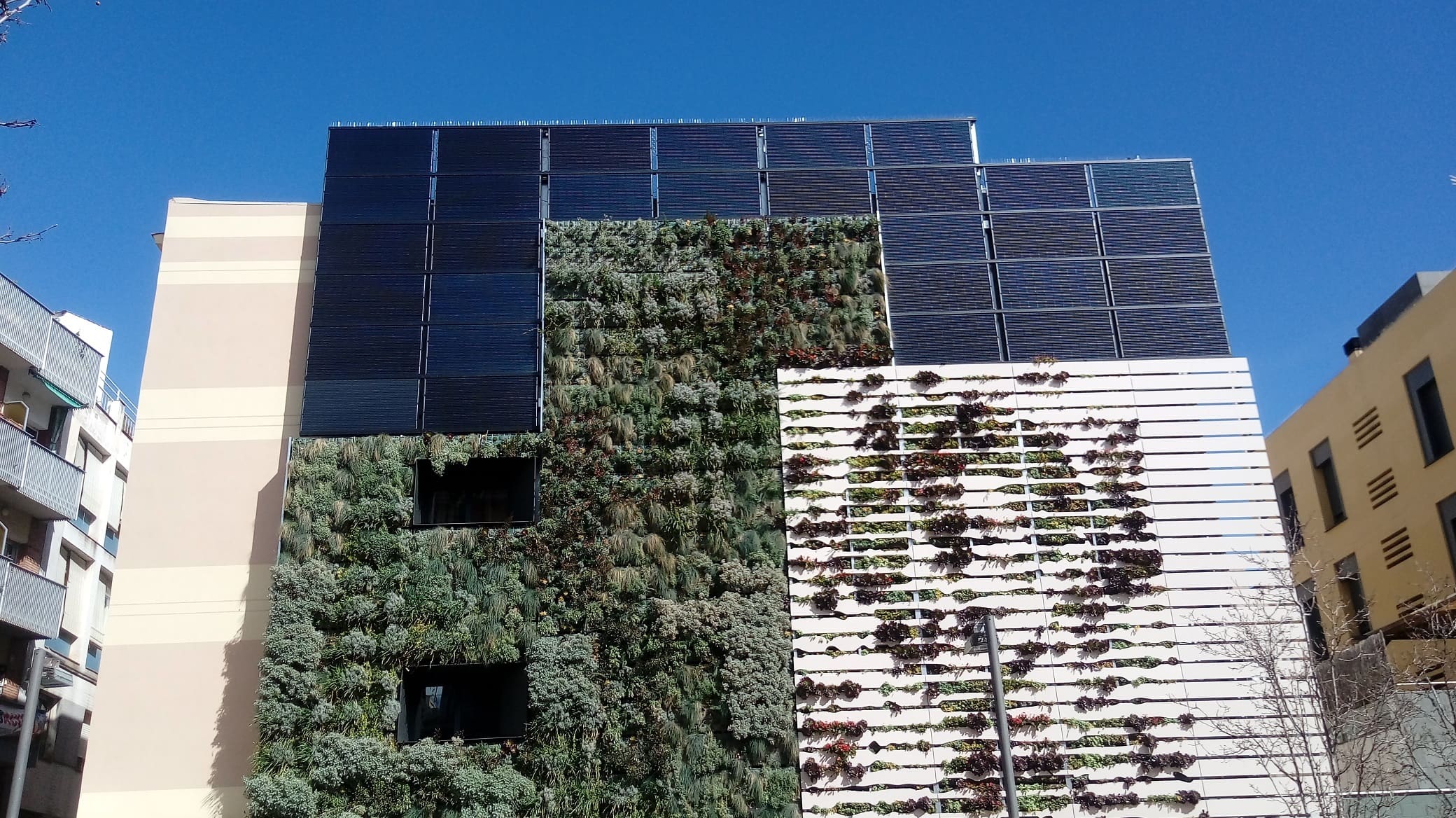 Photovoltaic installation integrated into the facade

The party wall of Plaça de les Dones del 36 in the Gracia neighborhood (Barcelona) has been part of the project of comprehensive remodeling of the facade awarded to the company Obras y Contratos Penta SA, where SUD Renovables has participated in the photovoltaic installation.6

In this case, the self-consumption installation consists of 31 panels of 360Wp each. In total, 11.7kWp. This is a good example of the integration of photovoltaic technology in the urban environment, achieving a triple objective: to beautify an existing building party wall, improve its thermal insulation and take advantage of its surface to generate 100% renewable electricity. The projected artistic mural also creates a new relationship between the square and the work carried out. The opening of new windows and the installation of a vertical garden have also been two actions carried out on this facade of the Gracia neighborhood.

This remodeling belongs to the consolidated mediator rehabilitation program promoted by Ajuntament de Barcelona through the Municipal Institute of Paisatge Urbà. The opening of the new space is this Saturday, March 7 at 11 am, within the framework of the central act in Gracia (Barcelona) on International Women’s Day. More information here.

The Meroil group, an oil operator with more than 200 service stations spread throughout Spain, has put into operation a photovoltaic installation in one of its most iconic stations, on Avenida Meridiana in Barcelona. At SUD Renovables we have taken care of the project,